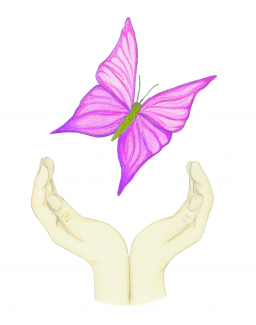 Michelle Grana, DO is a second-generation osteopathic physician: her father, Arthur Grana, DO, was an osteopathic general surgeon. Dr. Michelle Grana received her Bachelor’s Degree from the University of Colorado-Boulder. She entered a liberal arts field, in which she was self-employed for many years. She returned to undergraduate school at Antelope Valley College in northern California, and graduated Summa cum Laude with an AA in Biological Science. Despite being a generation older than virtually all of her classmates (and some of her professors) and her previous background in a non-scientific field, Dr. Grana was accepted into many medical schools and chose to attend one in northern California. She did her residency on the east coast, graduating in 2014. Dr. Grana moved to Huntsville, Alabama to care for her extremely ill mother, and initially accepted a job at a local hospital, taking over one of its primary care clinics. Her ultimate goal was to open a private practice in holistic medicine.

In January of 2017 Dr. Grana launched her practice, beginning with Osteopathic Manipulative Medicine (currently also known as Neuromusculoskeletal Medicine). She recently started taking holistic Family Practice patients as well. Dr. Grana treats these Family Practice patients without drugs or surgery, choosing instead to help people heal through herbs, supplements, and other natural fields of medicine; and through the use of her hands, performing medically-approved treatments for the relief of chronic pain, migraines, sinus congestion/infections, optical neuralgia and many more conditions. She has also had a great deal of success treating infants with colic, and those with misshapen heads from difficult birthing. Dr. Grana also has acquired expertise in the field of LDN, and is extremely passionate about its almost unlimited potential to heal previously incurable conditions.