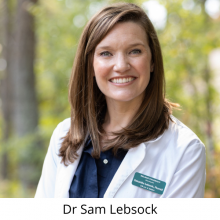 This patient wants to know about taking Low Dose Naltrexone (LDN) orally for psoriasis, or they've also curious about LDN topically . With psoriasis, and so in this situation, I would say if the psoriasis is all over your body I think it's best to take orally, There is some good research on taking LDN topically. I would say it does work best for like a pruitic situation if there's like an itch or something like that. But with psoriasis, I would probably suggest the oral formulation. I don't know if Stephen and Michelle want to chime in here about topically. I mean, you would just have to apply topically all over your body. And so I think it's probably easiest to take that orally, and you'd get the better results.

We're actually working with a consultant dermatologist who's doing this kind of research. His latest results, I think there's something about 70 percent of all patients taking oral LDN responded for urticaria and chronic problems when antihistamines or mast cell stabilizers haven't worked. But he tried cream in some patients and really didn't get very much response in plaque psoriasis, or so I think it's probably an absorption issue. Specifically, this patient says they’re using 4.5mb already in Aquaphor, and that's an ointment base, which is going to be greasy, gooey; and it's going to change absorption, and I don't think you're going to get very good absorption there. A lot of times when we're dealing with psoriatic plaques, a lot of times they want to use an ointment base, but we have found that there's such there's better bases that we can use specifically for dermatological application, whether we're using it for urticaria or a lichen, or specifically hives. I think it has everything to do with the base, but I completely agree topical is not a replacement of oral