We are proud of our Pharmacy Advisors, who go the extra mile in helping both medical professionals and patients alike. 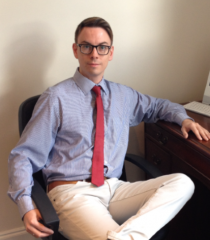 Stephen Dickson, BSC (hons), MRPharmS has been working with LDN for over a decade in the UK. He works together with pharma partners in the industry to stabilise the supply chain and standardise methods of obtaining prescriptions in a safe and compliant manner. As well, he runs the well established private medical department of Dickson Chemist, and also runs 7 NHS pharmacies in Glasgow, Scotland.

Stephen also works in several other businesses, owning a technology company responsible for dispensing the majority of the methadone in the UK in community pharmacy (MethaMeasure), and one of the largest online controlled drugs systems in the UK (CDRx).

In his spare time, Stephen plays guitar in several bands (including a Ceilidh band), is on the board of directors of a semi-professional theatre group (where he generally functions as the costume guru); oversees their MethaMeasure North American operation; and is a frequent speaker at LDN conferences internationally.