What are the long term effects of Low Dose Naltrexone (LDN)? 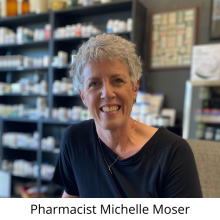 What are the long term effects of Low Dose Naltrexone (LDN)?

What adverse effects have we seen from long-term immune modulation with Low Dose Naltrexone (LDN) particularly in the setting of chronic recurrent infections blunted immune response, etc? And in this vein of which cautions, contraindications should clinicians be aware?

Great question. LDN modulates the immune system. It doesn't necessarily boost it, but it doesn't necessarily suppress it to the point where we see issues of recurring infections. However, and there's a comma, a big comma there. One thing that Dr. Sherman talked about in the 2021 LDN Research Trust Conference is that sometimes chronic infections can bloom, and we've seen that from time to time, especially when you reduce inflammation and you're trying to modulate the immune system. The way she described it, I thought was really amazing. She says, here's your immune system and it's working on ten things, so it works on those ten things equally, so 10% in each spot.

Now with LDN or other issues, three of those have now been stopped, or they're no longer an issue. Now you're now using that 100% of that immune system twenty-four/seven, on only seven things. Now you have concentrated the immune system on those issues. And that's sometimes where we can see flares because the immune system is trying to modulate and reduce some of the issues, but at the same time, we can have a bloom. And that's also because, depending on the source of the infection, the type of infection you may have, some of those cells are in different stages of maturity.

So I wouldn't say the LDN will blunt the immune system. I'm not sure I would use that term. And so, when I look at the use of low-dose naltrexone, I don't look at it as linear. I don't. And as a pharmacist for 35 years, I look at almost every other drug linearly, but I do not look at LDN linearly. And what I mean by that is drug-dose response. It's completely linear. LDN is not like that. You can see similar responses at smaller doses rather than larger doses and it can be just as significant.

So we have to get away from the thought of what is a homeopathic dose. I don't think there's any such thing as homeopathy when we're dealing with low dose naltrexone. So the only contraindications I think we need to be careful of is if you do have somebody on a biologic we need to be very careful about when you introduce LDN, because you don't want the immune system to go haywire. You certainly don't want to cause more harm than what you're trying to help with. And that was also addressed in some of the previous LDN Research Trust seminars by a variety of providers actually.

So there's a lot going on in this question, and I think it's a huge topic, and I would love for Steven and Sam to chime in, because there's probably things that I haven't thought of that perhaps you can add to this.

I think the issue when try to answer the question like this is that we don't know the case history for the patient. I think you can't really make a general topic a general forum. I've actually answered some questions and texts that we just couldn't have answered in this forum because it's too specific.

But bearing in mind, while I think really what the patient here might be worrying about is if they're on other immunosuppressants, like biologics that you talked about, and then you take LDN, are we going to put the immune system into a nosedive? Are they going to be open to infections, and long-term fungal infections, or etc.

I think the difference is that with LDN you're closer to affecting those two different systems that we talked about earlier on, and while you might be suppressing one, one might be getting unsuppressed because you're stopping it. So we're stopping something that's causing that to be already suppressed. So as you said, it's a very non-linear drug and you really need a case history before going into this in too much detail.

Agreed I kind of call it an immune modulator sometimes, because it's not always ..it kind of goes up and down.